Military and Veteran Funding and Cost

Funding options to thank you for serving our country 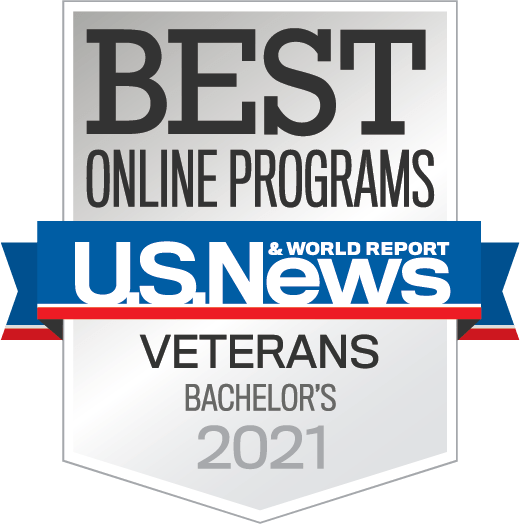 With campuses located at more than 90 military installations across the globe and our long history of educating service men and women, Embry-Riddle Worldwide is committed to assisting active-duty military and veterans with educational funding.

Many of Embry-Riddle Worldwide students come from a military background. Led by the same courage it takes to serve the country, active-duty military men and women embark on a new journey, to reach new goals.

If you are one of these courageous individuals, Embry-Riddle offers various funding options for you. See which ones you may qualify for.

Personnel covered under this policy are uniformed members of the U.S. Armed Forces who are registered or enrolled in a class at Embry-Riddle Worldwide and who must drop a class due to military deployment or official military travel.  A “late drop” will be considered for military personnel who receive a “short” notice of military deployment or “short” notice of official military travel, preventing continued enrollment in a class.  Eligible students may request a “late drop” if ALL of the following criteria have been met:

In accordance with the HEO Act of 2008 service members will be readmitted to the institution, without penalty for having left because of military service, in order to minimize disruption to the lives of those persons serving in the uniformed services. In reference to the Department of Education: Statute and regulations require institutions of higher education that participate in the Federal student financial aid programs to promptly readmit with the same academic status a qualifying service member who was previously admitted to the institution but who did not attend, or did not continue to attend, because of service in the uniformed services. The readmission requirements apply to service members who perform service in the uniformed services, whether voluntary or involuntary, in the Armed Forces, including service as a member of the National Guard or Reserve, on active duty, active duty for training, or full-time National Guard duty under Federal authority (but not State authority), for a period of more than 30 consecutive days under a call or order to active duty of more than 30 consecutive days. The protections of the readmission requirements do not apply to how an institution handles a service member’s absence from class to attend training for periods of 30 days or less.

If using military Tuition Assistance (TA), the servicemember must obtain TA prior to enrollment at the school. Each branch of service handles TA differently. To find out how to get started, visit your Educational Services Officer (ESO), Navy Virtual Education Center (VEC), or Education Counselor within your branch of military service for guidance. If you're actively serving in the Air Force, Air Force Reserves, Air National Guard, apply for TA through the Air Force Virtual Education Center (AFVEC). If you are in the Army, Army Reserve, or Army National Guard, apply for TA through ArmyIgnitED. Navy, Marine Corps, and Coast Guard service members will apply for TA through the MyEducation Portal.

For more information, contact your military branch for details on TA eligibility and the specific branch process for the submission of TA form:

Worldwide has dedicated VA counselors available to assist you and guide you through the process. If you have any questions, you can contact us at 855-785-0001 or 386-226-7363 or by email at wwva@erau.edu.

Benefits for Spouses and Dependents

The Military Spouse Career Advancement Accounts (MyCAA) program is an employment assistance program providing eligible military spouses with up to $4,000 of financial assistance toward certification or associate degrees in a portable career field and occupation.  Worldwide has lowered its undergraduate military tuition rate for spouses of any age and dependents 26 and under of a service member currently serving on active duty, reserves, or National Guard in a drilling status. Effective July 1, 2021, the new dependent tuition rate will match our military rate at $250 per credit hour for undergraduates and $623 per hour for graduate students in most programs.

How Much Will It Cost?

Estimate your cost of attendance and amount of financial aid.

END_OF_DOCUMENT_TOKEN_TO_BE_REPLACED

The Bob and Barbara McCord Memorial Endowed Scholarship benefits Worldwide Campus students with financial need. Preference is given to veterans or active duty military applicants. Read more about the scholarship.